TiNDLE, Popular Chicken Made From Plants, Introduces New Breaded Products and Continues its Expansion in Restaurants across the United Kingdom 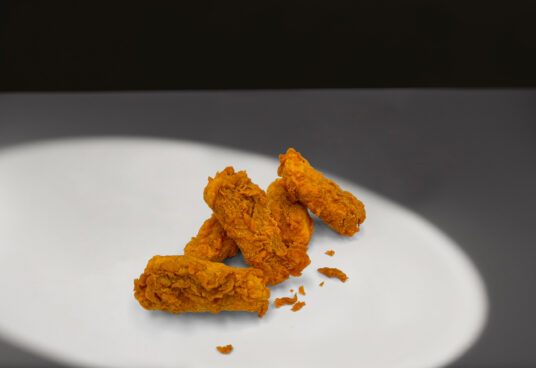 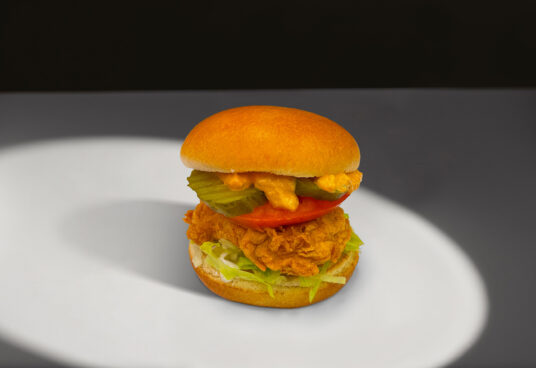 LONDON, ENGLAND (4 August 2022) – Today, TiNDLE announces that it has expanded the availability of its plant-based chicken in restaurants across the United Kingdom, widening chef and operator access to its flagship product with its brand-new, pre-breaded TiNDLE nuggets and patties. This recent expansion includes prominent eateries and chains that are committed to offering a wider range of plant-based and sustainable menu items, such as Clean Kitchen, The Queen Inn,  BIRD Fried Chicken & Waffles, Sides by The Sidemen, Hub Box, Miss Millie’s, BBar London and several of D&D London group’s popular establishments as well as some of Hilton Hotels’ most iconic sites.

TiNDLE is the first chicken made from plants that was created specifically with chefs and by chefs — a versatile, easy-to-work-with product that delivers the unmistakable taste and aroma of chicken. Ideal for cooking across a range of global cuisines, TiNDLE comes in a raw form that can be easily moulded and designed to fit any menu. From this month, chefs and operators can now order TiNDLE as pre-formed breaded nuggets and patties, boasting the same craveable flavour and experience as before, while being designed for maximum convenience. Using feedback from hundreds of chefs and consumers from around the globe on what was their favourite TiNDLE attribute, the nuggets and patties were developed through an open innovation process to ensure the best version was produced. In order to create the unique chicken surface appearance loved by consumers, the company’s world-class R&D team leveraged 3D scanning and printing technology to design the patty shape.

Earlier this spring, TiNDLE successfully launched into a handful of London’s most iconic eateries and restaurant groups, including BrewDog, Paternoster Chophouse, City Spice, sketch London, Let’s Do Maki and more. TiNDLE has continued to impress restaurant goers with its taste and versatility and, in under four months, the brand has tripled its restaurant count thanks to the recent commitment of new partners in the food and hospitality industry who are turning to plant-based offerings as a core part of their menus and long-term F&B programs that emphasise sustainability.

Plant-based pioneers Mikey Pearce and Verity Bowditch founded Clean Kitchen with the mission to make plant-based food widely available and accessible to the masses. Known for their 100% plant-based take on traditional comfort foods, Clean Kitchen offers convenient, fast and healthy grab-and-go items at their highly-frequented locations throughout central London. Clean Kitchen now offers TiNDLE in two of their signature burgers, including the Truffle Mayo, a TiNDLE patty served with truffle mayo inside a brioche burger bun and Chick’n Mayo, a TiNDLE fillet served inside a brioche burger bun, as well as TiNDLE nuggets.

In Wales, The Queen Inn, a family-owned pub, and sought-after destination for traditional pub dishes that diners know and love – but made completely with plant-based ingredients. TiNDLE is featured on The Queen Inn’s menu, which is committed to offering sustainable options, as three brand-new dishes: Hunter’s Ch*cken, an entree of TiNDLE wrapped in plant-based bacon and smothered with BBQ sauce and plant-based cheese, served with chips and salad; Frickin’ Ch*cken Burger, an original creation of a TiNDLE patty topped with jalapenos, garlic mayo and cheese, alongside chips and coleslaw; and The Ultimate Burger, a double-hitter combination of both a TiNDLE patty and plant-based beef burger patty, alongside plant-based bacon and cheese.

Two iconic fried chicken spots, BIRD Fried Chicken & Waffles and Sides, a food brand from YouTube collective The Sidemen, recently brought on TiNDLE as their featured plant-based chicken. At BIRD, the chicken and waffle experts serve the TiNDLE Burger in a vegan potato bun packed with cauliflower bites, lettuce, vegan mayo and barbecue sauce – and topped with a stack of BIRD coated onion rings. BIRD is also serving TiNDLE nuggets as part of its kids menu. Sides will be offering The Vegan Chikn Burger and Vegan Naked Chikn Tenders at its Reef vegan kitchens, available on Deliveroo, Uber Eats and Just Eat from its sites in Boxpark Wembley, Twickenham, Canary Wharf, Kentish Town and Crouch End.

Following the success of TiNDLE’s launch at D&D London group’s Paternoster Chophouse, the group now features TiNDLE on the menu at some of its most well-patronised establishments, including New Street Grill, Fish Market and Old Bengal Bar, TiNDLE will be offered as two featured sandwiches, including a plant-based “fish” burger, made with tartar sauce, lettuce, tomato and, of course, a side of thick chips and the crispy TiNDLE chicken burger, served with a house relish and triple-cooked chips. BBar London’s TiNDLE Chicken Bao Buns with Sriracha Mayonnaise have been a hit with customers who can now order the mouthwatering Bao Buns as their staple bar snack.

Additional new partners that are adding TiNDLE to their menus this summer include UK-based chains, such as popular waterside bar and restaurant group Hub Box that will offer TiNDLE as the featured plant-based chicken option at their 11 locations in the West Country and established Miss Millie’s awesome chicken  in September with 11 locations in London and the South – where TiNDLE will be served across their menu of signature burgers and nuggets and as TiNDLE nuggets on the Kids Menu.

“We’ve seen incredible enthusiasm for TiNDLE from UK consumers over the last four months and are thrilled to be able to offer a wider variety of new TiNDLE offerings,” says Andre Menezes, CEO and Co-Founder of Next Gen Foods, the company behind TiNDLE. “It’s an honour to be able to work closely with not only some of the nation’s great culinary minds, but also partners who equally share our passion in making plant-based chicken and other sustainable foods more widely available – and drive impactful change to help fix our broken food system and reduce our reliance on animal-based products.”

TiNDLE is the first product by Next Gen Foods, a Singapore-founded food tech company that is developing and commercialising innovative and sustainable foods. Next Gen Foods was founded in 2020 by Brazilian-born poultry exporter and food industry veteran Andre Menezes, and German native Timo Recker, whose family business made schnitzel and other meat products for three generations. After initially meeting, they decided to work on products that reduce humanity’s reliance on animal agriculture.

In a little more than a year since its launch, TiNDLE has grown from being served in a handful of Singapore-based locations to being offered in close to 1,000 restaurants across the United Kingdom, Germany, Netherlands, as well as the United States, Asia and Middle East.

The company plans to continue its expansion throughout the UK, including entering into retail early next year. To find the closest restaurant serving TiNDLE, visit here.

TiNDLE is a juicy, plant-based chicken that offers mouth-watering taste, texture, and versatility – and uses a fraction of the land, water and energy needed to produce meat from birds. Made with only nine simple ingredients, TiNDLE is the first product by Next Gen Foods, a Singapore-founded food tech company that is developing and commercialising innovative and sustainable foods. TiNDLE is a winner of the National Restaurant Association’s 2022 Food and Beverage Innovation (FABI) Awards. For more information, visit www.tindle.com or follow @tindlefoods on Instagram and @tindle.foods on TikTok.